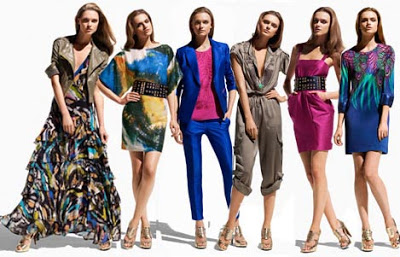 Have there been days when you just look at your closet, & think, “What should I wear?”  With these pieces, you can always be sure that they will always look good!  It’s not possible to plan every outfit you put on your back, & there are times when you’re in a rush & you just throw on clothes.  So what are they?

-The trench coat. Best worn in seasons like Fall or Spring, but depending upon the thickness, you could wear it all year round!  Originally created in khaki for British soldiers during WWI, nowadays it comes in different fabrics, lengths, & all kinds of colors!

-A shirt dress.   These 1st became popular in the 1950s, as part of Christian Dior’s post war “new look”.  Taking an idea of a shirt that was originally conceived for men, Dior originally elongated & feminized it, giving it a full skirt.  Nowadays, you can find it in all kinds of shapes & colors!  If you do get one, get one that is wrinkle free, (so that it’s one less hassle to worry about) & you can just throw it on whenever you want! 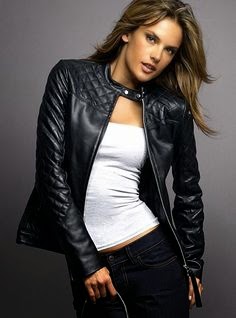 -A motorcycle jacket.  Another idea that was originally meant for men!  Supposedly invented by Manhattan raincoat maker named Irving Scott for Harley Davidson in 1928, the jacket was named ‘perfecto’ after a cigar.  The idea was modified from aviator jackets, which were originally button down; whereas this one was was made with a zipper.  The first time the jacket popularized when Marlon Brando donned the jacket for a film called The Wild One, & then with James Dean in Rebel Without A Cause.  It wouldn’t be til the 1970s when women would start wearing them!  You can almost never go wrong with a motorcycle jacket!  (Unless it’s a formal occasion.)

-A fitted & flared dress.  This is a great silhouette for all women!  There’s something very flattering about the dress being fitted on top, but very feminine as the skirt flares out.  If you happen to gain or lose weight, you can always hide it underneath the skirt of the dress!

-A blazer.  Another garment also originally designed for men, the first one being mentioned in Lady Margaret’s Boat Club, from the rowing club of St. John’s College in Cambridge.  Now women look just as good as men wearing it, for you can wear it as part of a suit, or as a coverup over a dress!  And wearing one always makes you look more formal!

-A Sheath dress.  Women have literally been wearing dresses for centuries!  But it wasn’t til the 1920s when hemlines start to go above the ankles.  A closely fitted dress that hugs the body, I think a sheath dress is one of the sexiest things a woman can wear! 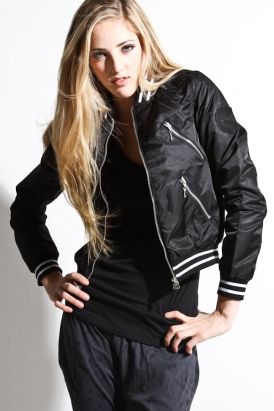 -A bomber jacket.  Also called a flight or bombardier jacket, it was also originally designed for pilots by the Aviation Clothing Board during WWI; it was meant to keep pilots warm for airplanes did not have an enclosed cockpit at the time.  It became even more popular during WWII, when aerospace technology improved & the jacket became great in demand!  It wasn’t until the 1970s that the general public started wearing them; and of course whatever men do, women do it better! 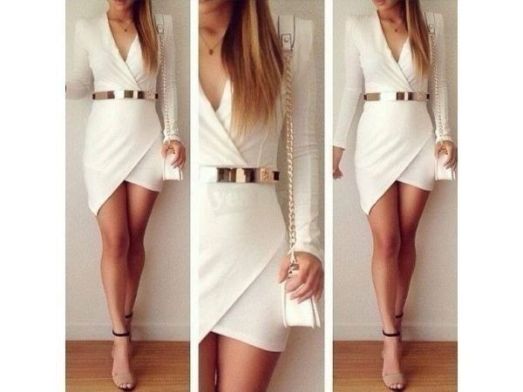 -A sleeveless jacket, or a long vest, dates back to King Charles II of England, who introduced them as a part of correct dress in the restoration of the British Monarchy.  It would not be til the 20th century that women would start wearing vests for the 1st time.  A versatile garment, it brings your look up a knotch! 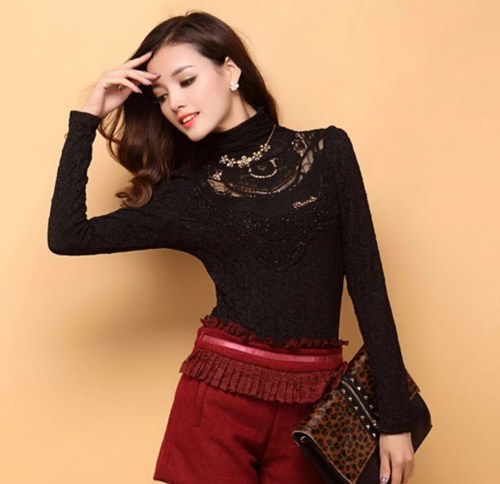 -(Almost) Anything in lace.  Originally conceived in the 15th century, lace was first made by hand for religious clothing.  Nowadays lace is mostly machine made, & found in all types of garments!  Lace always makes women look more lovely & sophisticated.  Fashion no no: Don’t wear lace pants.  If you should get the lace caught in something & cause it to run, you will definitely regret it for you’ll have a giant hole in your pants!

-A bolero.  Usually a short jacket with no closures, the name comes from the jackets that matadors would wear when bullfighting.  Personally I love boleros when it comes to nights out, or formal events.  Whenever you feel it’s a little bit chilly, & feel like putting on something more formal than a sweater, you can always throw on a bolero.

-A blouse / tailored shirt with a sweater.  For whatever reason, sweaters always seem to look better when paired with a shirt.  Obviously meant for the cooler seasons, you can always make a blouse / shirt warmer by wearing it underneath a pullover sweater or cardigan!

-Skinny pants with a jacket.  Several years ago it became fashionable to a jacket with skinny pants.  (It doesn’t have to be red, as featured in the picture) Whether you wear a loose or fitted top, there’s something chic yet sexy about wearing pants that hugs the legs with a blazer on top! 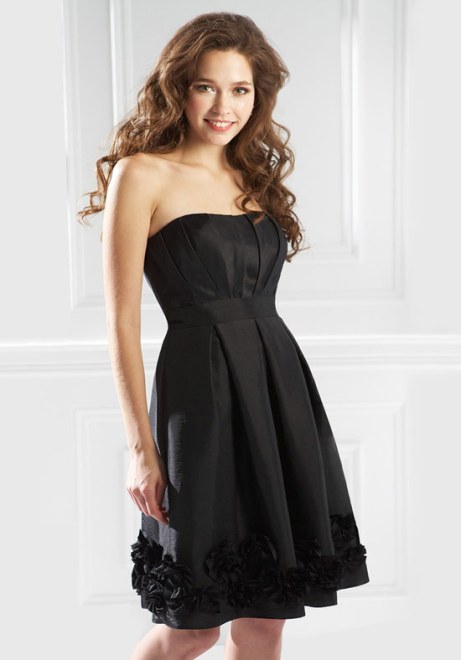 -The cardigan  I love cardigans.  For some reason I didn’t start wearing them until I was an adult.  So convenient because they’re almost always button down, & you can wear them open / closed, & love the function that it serves to keep you a bit warmer you would be otherwise without it.  Slightly more informal than a blazer or jacket, this makes a great coverup as well!

-A sarong skirt.  Originally derived from the Malaysian word, a sarong describes a casual wrap around skirt usually worn in hot weather.  Usually reserved for beach wear, I think sarongs are super comfy & feminine in the summertime!

A cotton tee.  I love cotton tees; especially the long sleeved ones that serve great in the transitional seasons like Spring & Fall; when it’s not yet hot / cold.  The great thing about them is that you can dress them up or down: throw a blazer over it for a more formal occasion, or just wear it with a pair of jeans when you’re feeling casual.  Comes in a wide variety of colors, if you don’t have, you ought to get some!

Did you like this list?  The great thing about all of these items is that you can mix & match them!  You can almost always throw these on; the only things you would need to consider is how formal you’d want to be, as well as the weather.  When in doubt, you can always rely on these classics to look good!

And finally where to shop:

The Least Expensive Places To Shop For Clothes Online!!

SHOPPING ONLINE!!! The stores that are online, and online only…

Investment Pieces Every Girl Should Have!

30 Places where you can wear the little black dress!

What to wear when you want to go from day to night!

How To Layer Your Clothes: Incorporating Your Spring Clothes Into Your Winter Wardrobe.. & Still Look Chic!

What to wear on a job interview.. & where to shop for it without breaking your wallet!!

Where plus size women can shop.. on a budget!!

Staying warm in the winter.. and still be fashionable!!

14 thoughts on “Don’t Know What To Wear? You Can Always Rely On These Pieces!”

Fashionista on a Budget

Welcome to my fashion blog, fashionista on a budget!! I'm a fashion designer, sometimes world traveler, sharing tips with the world on how to be fashionable without breaking the bank!! As women, we can't afford spa treatments all the time, or constantly buy designer labels. I've gone through some trial & error, done some research, and found ways to look and feel great & still be fashionable too! I want to empower women, by giving them more options! You can get the things you want to get, & save money! I've gone from freelance jobs to freelance jobs, so I know it's not easy to balance a budget. Check back on my blog for a new tip, whether it be beauty or fashion!